About Sarkar in URDU

Introducing the personality of His Holiness Riaz Ahmed Gohar Shahi 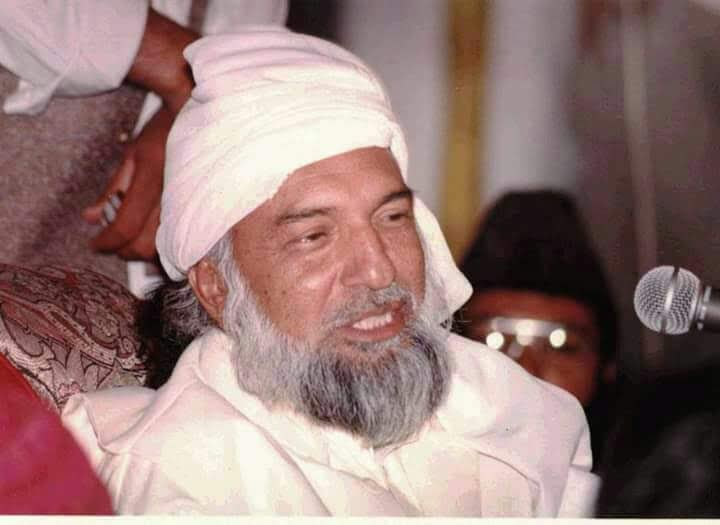 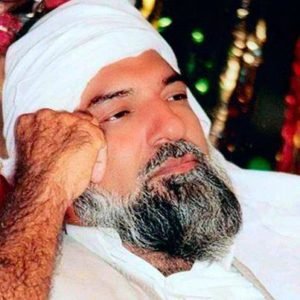 The headmaster of the primary school in the village of Nuri says “I was known in the area as being a strict teacher and I used to chastise unruly children.” He (Gohar Shahi) would arrive at school late and whenever I was angry and wanted to punish him, I felt as though someone had taken hold of my stick and in this way I would start smiling.
Comments made by the family and friends of Gohar Shahi

“We have never seen him fighting, arguing with any person or beating any person and if ever a friend would be angry with him and come to attack him he would just laugh.”

The wife of His Holiness states

“In the first instance he is never angry and if he is angry it is very extreme and this is usually in relation to some obscene matter.” In relation to the generosity of His Holiness she says, “In the morning when he goes to the lawn his pockets are full (with money) and when he returns his pockets are empty.” He gives all the money to the needy and when I need some money he makes a face and this upsets me. Then she looks at his innocent face and reads the poem:

“He is very generous of heart, he sits having given away everything.”

“Our father loves us dearly and takes good care of us but whenever we ask for money he gives us a very small amount and says that we will waste it. It is then that we ask him to make sages (ascetics) of us too, or to give us some money.”

The mother of His Holiness Gohar Shahi and her views

As a child if he did not go to school or (later in life) if he suffered a loss in his business I would criticize him but he would never raise his head in reply. A Saint, Kakka Mian from the village of Shams would say, “Don’t curse Riaz, whatever I see inside him you are unaware of it.” His love for humanity is such that when he used to hear that a bus had broken down eight or ten miles away he would have food prepared for those people and take it to them on his bicycle.

A close friend of His Holiness Gohar Shahi, Mohammed Iqbal of Fazoliyanh

Mohammed Iqbal states that in the rainy season they (His Holiness and Iqbal) would sometimes walk across the farmland and notice that a vast number of ants would be passing on the path. He would walk on the path ignoring the ants when (His Holiness) would walk in the mud to ensure that the ants came to no harm. When His Holiness was accused of murder, Qudoos Sheikh of the crime branch came to investigate. The locals told him that in their view Gohar Shahi would never have killed a mosquito let alone the murder of a human being.

An Aunt of His Holiness Gohar Shahi

At the time I was a pupil in the 8th class. One day my Aunt who was religious and a keen worshipper (who possessed envy and desire which is commonly found amongst the religious and the worshipers) said that everything else was right about me except that I did not say my prayers. I said to my Aunt that prayer was a gift sent to God and I did not want to adulterate my prayer with stinginess, arrogance, envy and grudge and send it to God. I told her that I would pray when my prayer was proper and right (unadulterated) unlike people like her who say their prayers and at the same time commit grave sins like back-biting, slander and falsely accuse others.

His Holiness Gohar Shahi talks about his childhood

From the age of ten and twelve I used to talk to God whilst in the dream state and I was able to see the realm of communication and commandments but I was unaware of its reality. After the completion of my spiritual seclusion when the same communication, visions and sights came again, their reality became clear. I had an Uncle in the army who used to visit brothels. As his family would object to this, on one occasion he took me with him so as his family would not suspect (his intentions). I had no understanding of brothels and prostitutes, he would give me some tea and biscuits (leave me waiting) and would go inside the brothel himself. He would tell me, “this is an office for women.” A few days later my heart was upset due to this place, when my Uncle said to me, “these are women and God made them for this purpose,” in other words he tried to involve me also. I was disturbed by my Uncle’s words and by my “self” (ego) in such a way that I was unable to sleep, then suddenly I fell asleep.

I then saw a large round elevated stage and I was standing under it. From above it I heard a rough voice saying, bring him forth and I noticed that two men who had hold of my Uncle brought him forward. They pointed towards him and indicated that he was the one. The voice was heard again and said beat him with the metal bars, upon which the men started beating him. He then screamed and wailed and continued to scream when eventually his face turned into that of a swine. The voice then said, “if you became involved with him then you would be treated in the same way.” I then repent, seek forgiveness after which I awake with these words on my tongue, “my lord I repent, my Lord I repent” and the effects of this dream remained with me for many years.

The next day I was travelling towards my village on a bus when I noticed that some thieves were attempting to take a cassette player from a taxi. The driver shouted at them as a result of which they took out their knives attacked and killed him. Our bus witnessed this scene and stopped. The thieves then saw us and escaped. The driver died in agony before our eyes. I thought in my mind that life cannot be trusted (is very short.) I slept that night and heard this poem echoing inside me: “Forgive all my errors, I have come and fallen at your (Holy) Court.” The whole night passed in weeping. Some time after this event I renounced the material world and went to the tomb of the Saint Jaam Dataar. I did not find any station (my goal) there and my brother-in-law brought me back to the material world (home.)

At the age of thirty four the Saint Bari Imam appeared in front me and said, now was the time for my return to the jungle. After three years of spiritual seclusion (austerities) when I achieved something I returned to the tomb of the Saint Jaam Dataar. The Saint (came out of his tomb) and appeared in front of me. I said to him that if he had accepted me (initiated me) when I first came to him I would have been spared the material life (that I had lived before I went to the jungle.) The Saint replied, “it was not your time then.”
Sheikh Nizam-Uddin, Maryland, U.S.A
“By God! I too am from amongst those people on whose hearts the Name Allah is beautifully written and shining.” 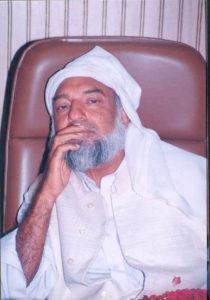 On the 15th of the fasting month in 1977 the process of special inspiration (communication) from God started. The promise of Razia-Marzia was made by God (acceptance of each others will) and His Holiness was exalted.

In 1978 His Holiness came to Hyderabad and the process of guidance and teaching started and before our eyes this message spread all over the world. The hearts of thousands of individuals are meditating with the Name of God Allah and thousands of individuals had the Name Allah inscribed on their hearts and they were able to see the Name written on their hearts.
Thousands of individuals achieved (illumination) “vision of the graves” (whereby they were able to see into graves) and “vision of the Prophets gatherings” (whereby they were able to attend the most superior Prophetic gathering.) Thousands of people with terminal diseases have been cured (by His Holiness).
People from all religions every nationality and race after receiving teachings and guidance from His Holiness Gohar Shahi started to find the Love of God and started to reach the Essence of God.

Syedna Gohar Shahi also authored valuable books on spiritualism including the book on Sufi poetry known as Turyaaq-e-Qulb means Cure for hearts. The other books written by Gohar Shahi are as under 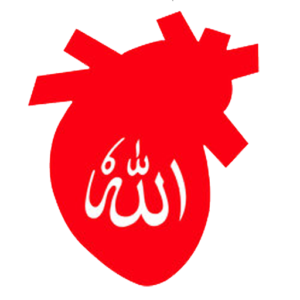